In our History lessons this term, we will answer the question...

'What are the Anglo-Saxons remembered for?'

We begin the unit by learning who the Anglo-Saxons and the Scots were before moving onto why and how they invaded Britain pre and post 410AD. They will ultimately understand that when the Romans left, Britain was defenceless, and any invasion was almost guaranteed to be successful. We will come to understand that the Anglo-Saxons were not united and that several individual tribes settled in Britain. They will also delve into how Anglo-Saxon society was organised and the responsibilities of each member of society. We will also understand law and order in Anglo-Saxon Britain, exploring the way the accused were tried and what punishments they would face if found guilty.

Take a look at our subject knowledge guide, this is so useful for the children to take a sneak peek into the learning journey they are about to embark on. 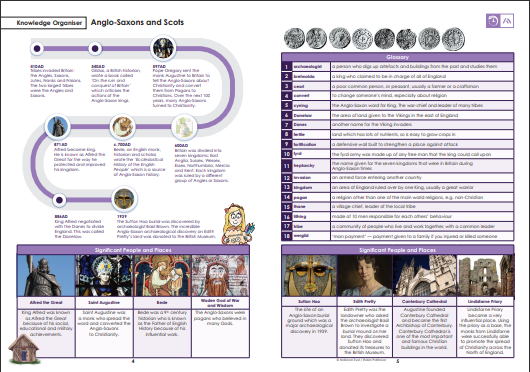 Look at us enjoying becoming Historians!