In Early Years our maths learning is split into 'number' and 'shape, space and measure'.  Check out these fun maths activities you can practice at home.

You will need- jelly, bowl, plastic numbers, tweezers/tongs. First, spread out some plastic numbers in jelly layers. When it’s all set, give out some tongs to children and show them how to pick up the numbers from the wiggly substance (and practice their fine motor skills along the way!). This sensory play is a great way of sneaking in number recognition to something fun and engaging for the children. 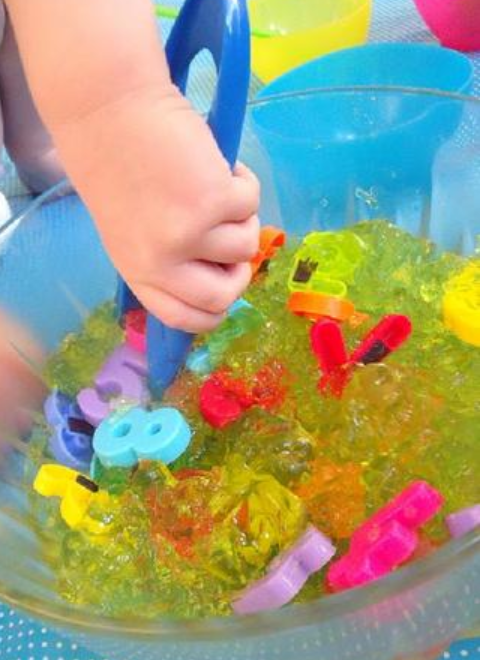 Good, old LEGO. Useful – in so many different ways, here it comes to the rescue yet again. Prepare some cards with colourful blocks on them and let kids discover colour patterns and reproduce them with LEGO blocks. Consider leaving the colouring part to your little learners. 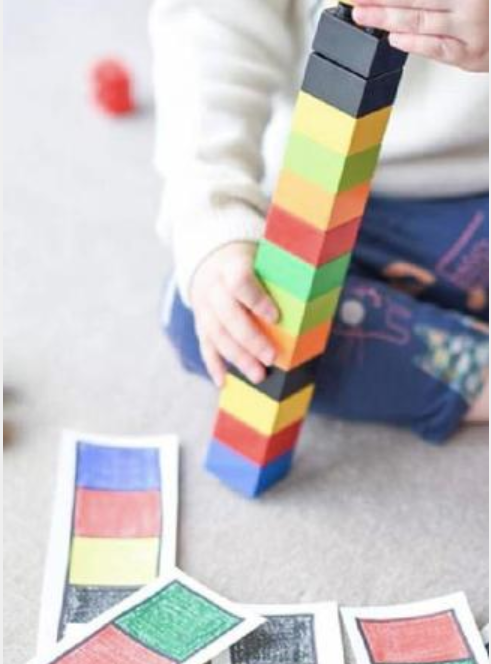 Missing Numbers You will need craft sticks, sharpies, clothespins. Write number sequences on craft sticks and remember to leave some blanks in between. Next, you write the missing numbers on a bunch of clothespins and give them out to your class. Now you’re ready to let the kids use their fine motor skills and clip the pins on sticks. The best thing about this inexpensive early year's maths activity is that you only create the props once and they’re ready to be used as many times as you like. 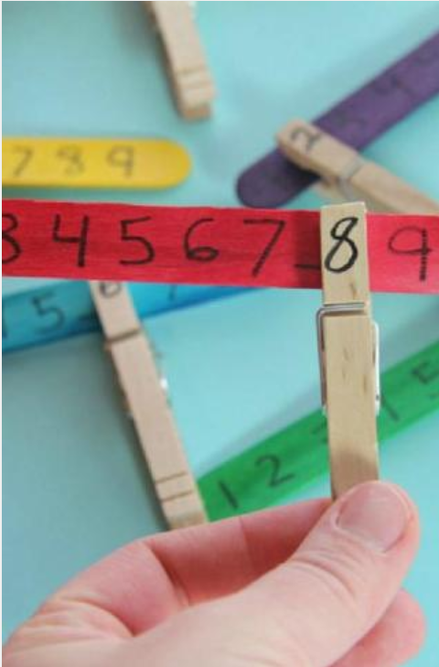 Dot to Dots Tape some paper to the wall and write several numbers, each decorated with as many dots as the number. Now, kids can touch each dot with a do-a-dot marker and see the number and the quantity all together! You can also put the paper on the floor but holding a marker up and out makes this not only an activity for early years maths but also a good way to strengthen those little arm muscles 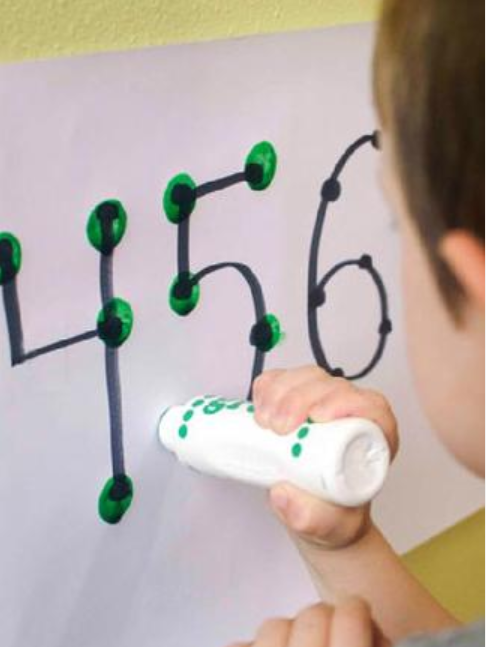 Create ‘eggs’ by cutting out oval shapes from cardboard and write different numbers on them. Let the kids identify the numbers and crack the eggs by punching the corresponding number of holes in them. This exercise can also help develop hand muscles. 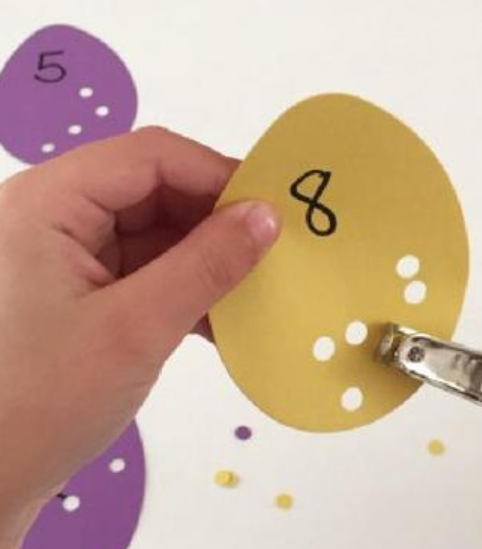 Simply cut out some hearts and cut each in half using different zigzags, squiggles and so on. Then write a number on one side and draw a corresponding number of hearts on the other. Well done, you’ve just created puzzles! Now it’s time for the little ones to find matching parts of the broken hearts. 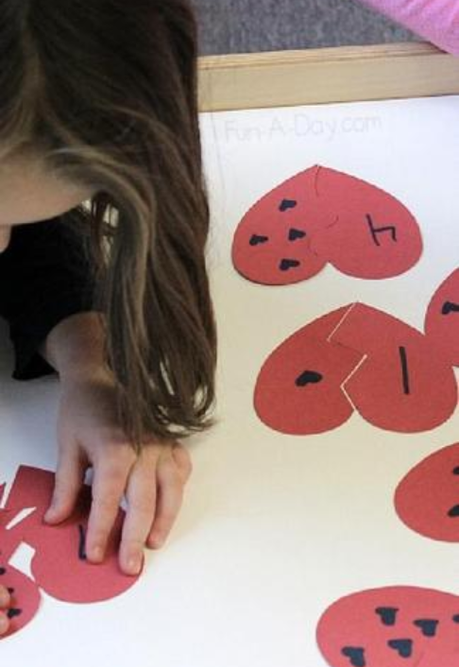